Google has been working on image recognition for many years and uses these technologies in numerous products. It is often about converting an image into text – i.e. describing the image and its content. Now Google has released a new project that goes the opposite way: With party can convert text into image. An image is generated dynamically from a description. 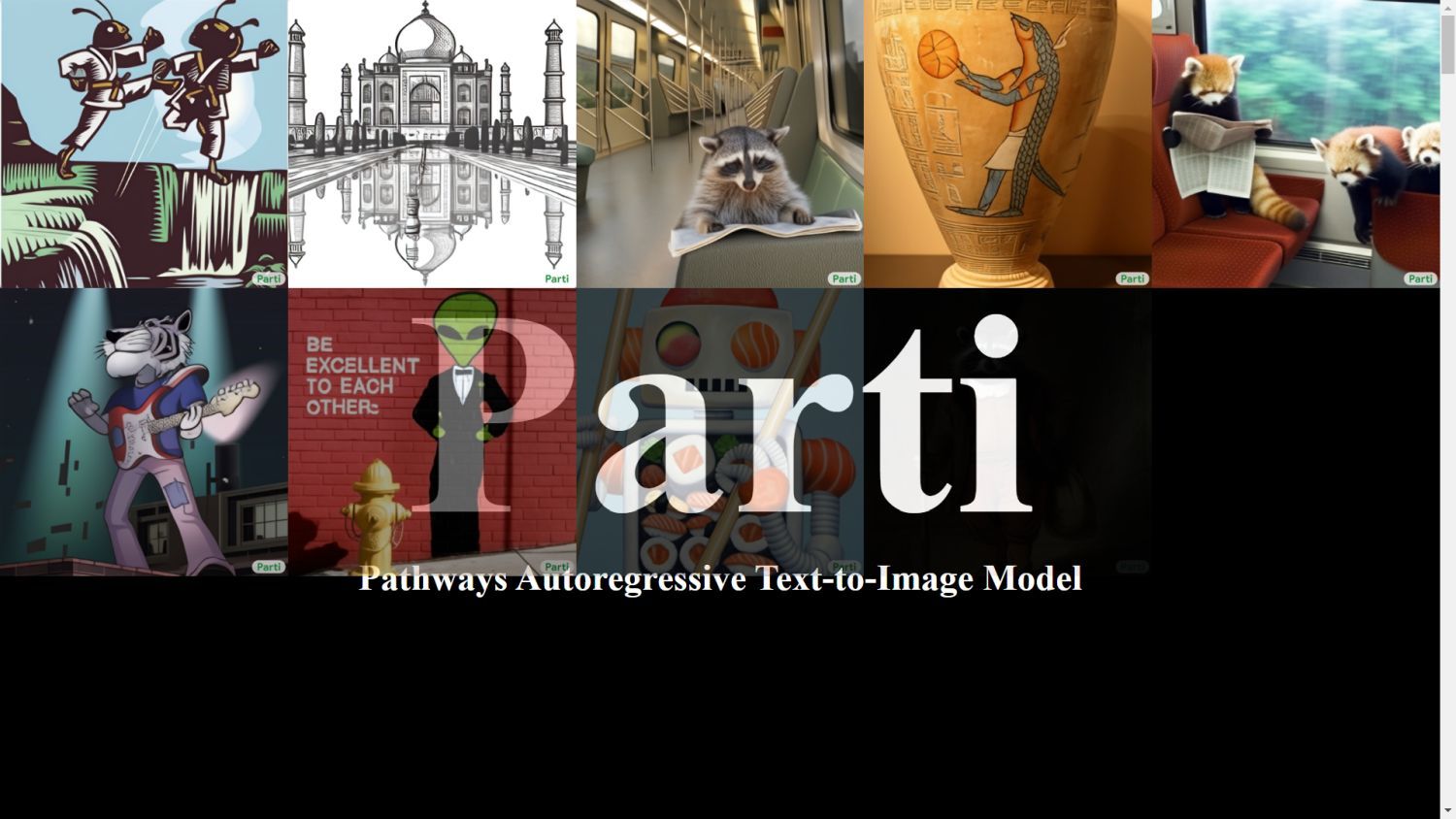 Image manipulation and image generation are big topics that will play an increasingly important role in the future – and apparently Google is also at the forefront. The Parti project has now been announced, which can dynamically generate an image based on simple descriptive sentences. It’s not just about simple shapes or the combination of several elements as a collage, but about realistic representations.

Google’s researchers have published many sample images and an interactive website where any interested user can see the options and quality for themselves. Personally, I would not dare to tell the difference between such a dynamic image and a real image – with exceptions. The pictures show exactly what was described and even the style can be specified in the request. Would you like a photo, graphic or artwork based on the style of a famous artist?

Many AI areas come together for this project: recognizing and understanding text, understanding connections, finding or creating objects in the image database and then assembling them into a finished image. The last step is probably by far the hardest and is Parti’s core product. Take a look at the sample images below. 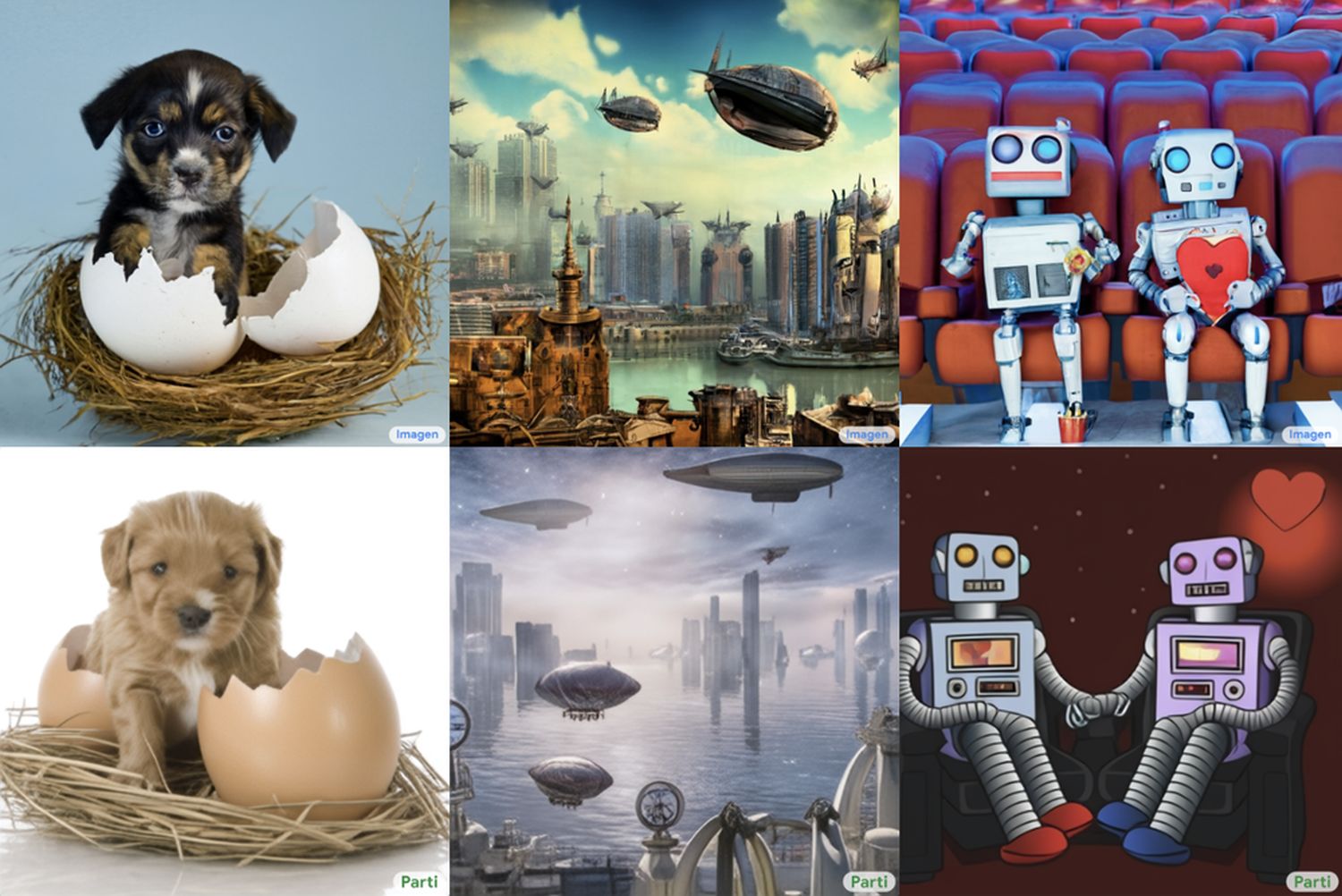 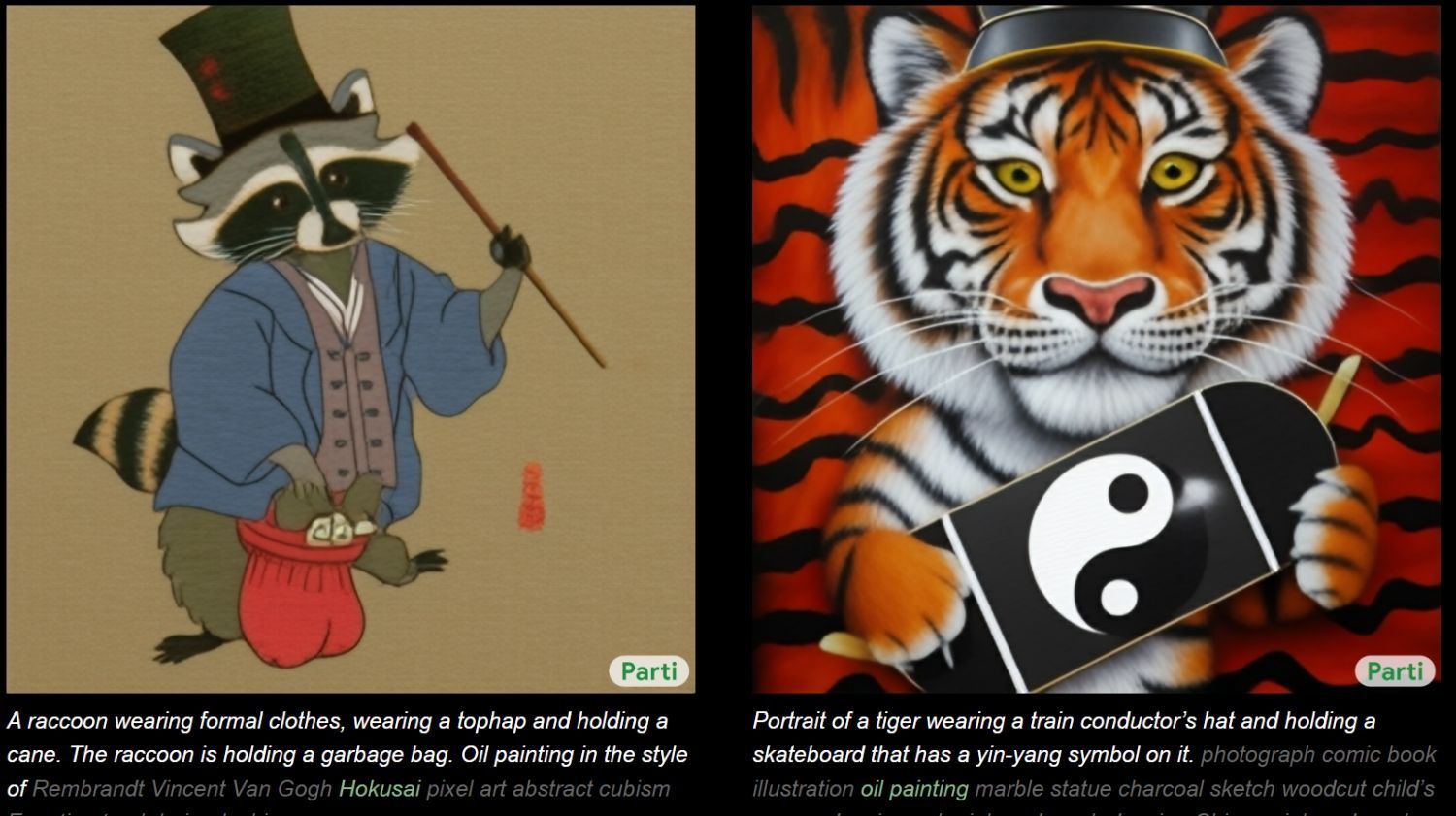 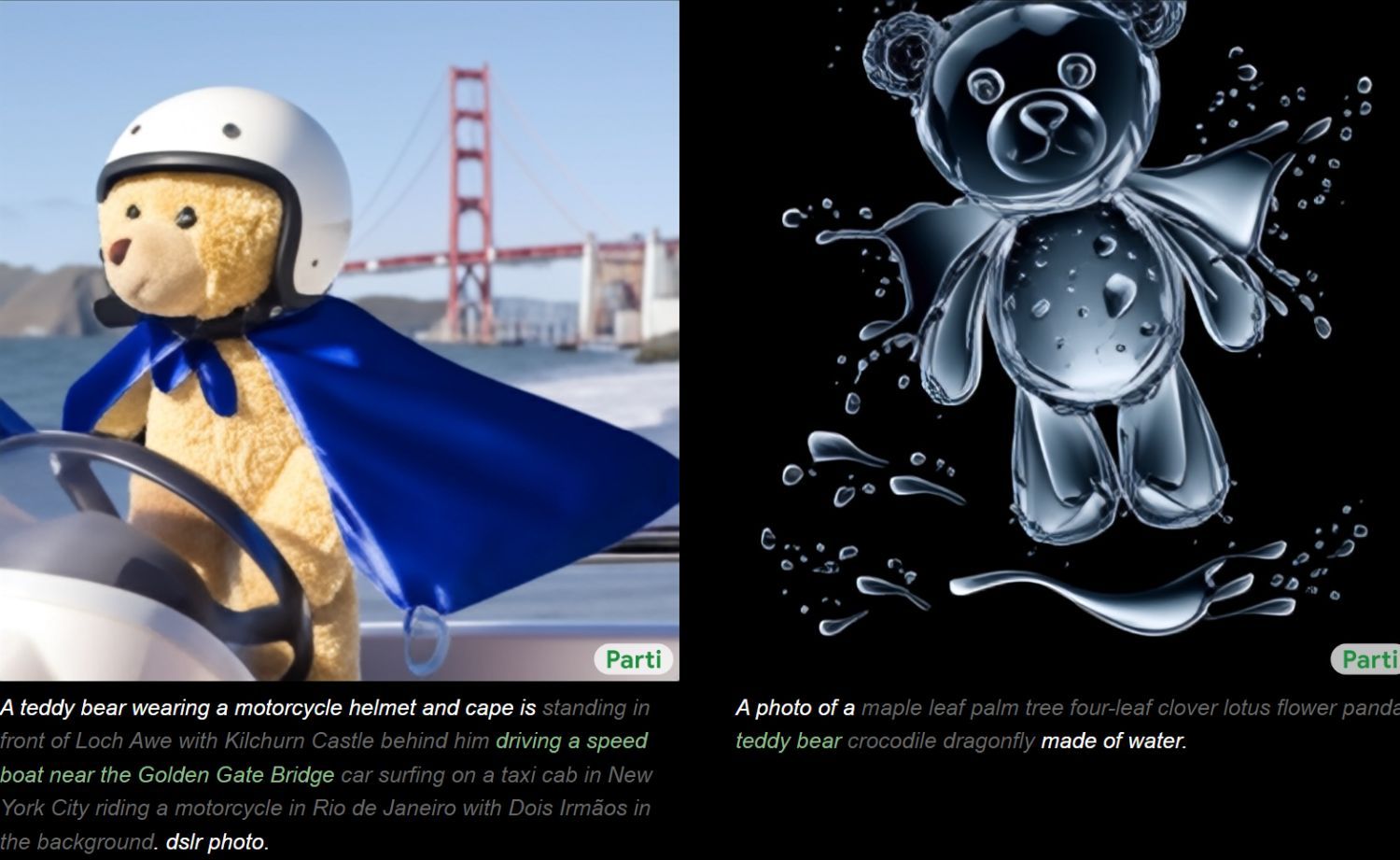 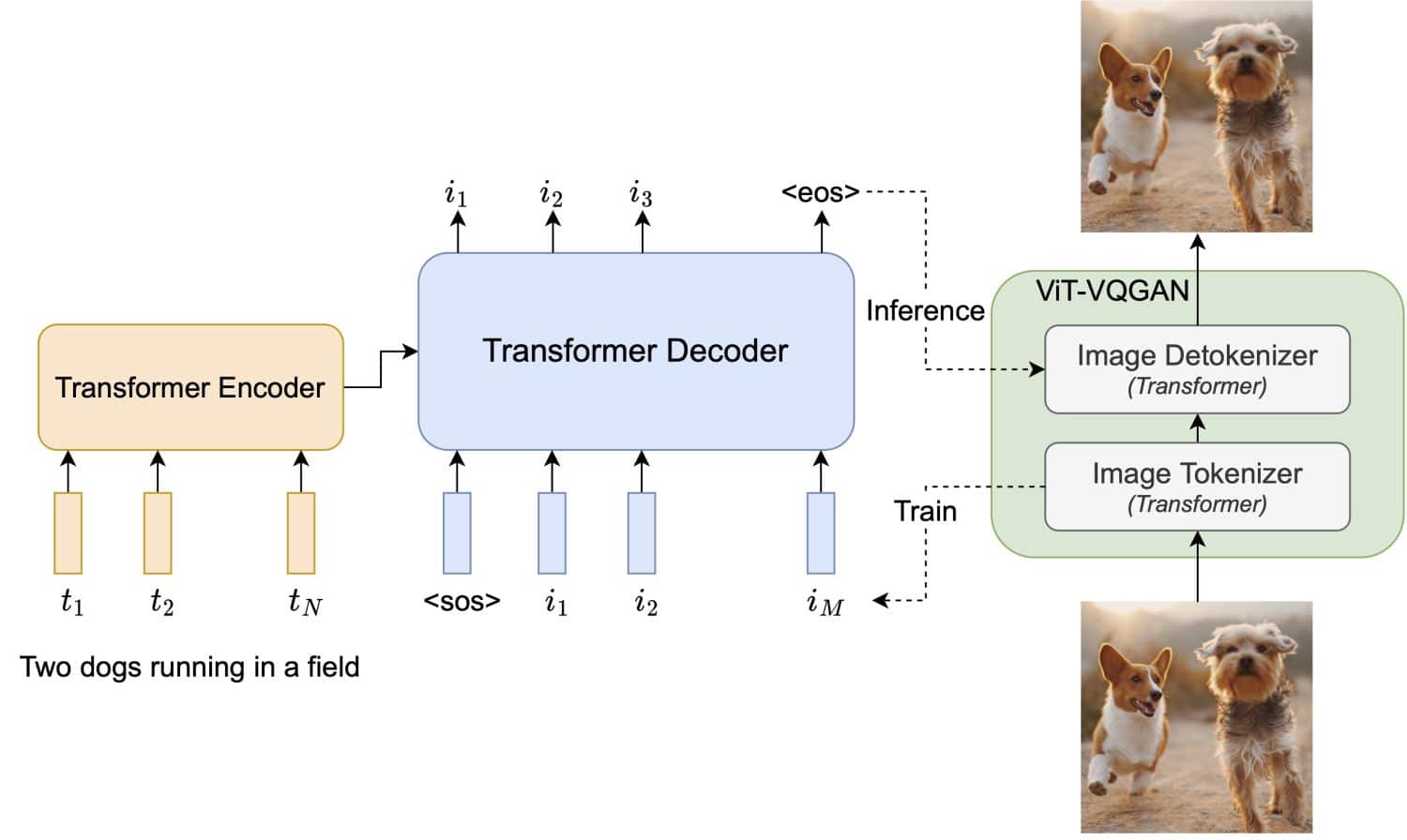 It must be noted that all these images do not exist as originals. They were put together by the algorithms without you being able to see it (in my opinion). Sizes, colors, shadows, overlaps or other interactions between several objects are implemented very well and ensure that one would not get the idea that it is an artificially created image. For this reason, each image is also provided with a small watermark to be able to distinguish between them.

Such technology is not only impressive, but also has a high potential for abuse. You could create virtually any scene that could bring other people into disrepute. Thanks to Photoshop & Co, it has been possible for many years to fake or at least adjust photos in an extremely realistic way. But tools like Parti are on a completely different level and can provide the basis for counterfeiting.

That’s why Google decided to present this technology, but not yet make it fully usable. They want to introduce security restrictions that are yet to be specified before something like this is released. Sooner or later there will certainly be tools that make something like this usable for everyone, but it’s not that far yet. Take a look at the website, there are also example images with errors that show the current limits and stumbling blocks of the technology.

» Artificial intelligence: Google is working on a new Turing test – modern version with 204 tasks is coming